Join us at the heart of Berlin at the impressive Hotel Oderberger for 2.5 days of learning and intense networking with the elite of the Enterprise Business Collaboration scene.

Join us at the heart of Berlin at the impressive Hotel Oderberger for 2.5 days of learning and intense networking with the elite of the Enterprise Business Collaboration scene.

The ‘Stadtbad Oderberger’ was designed in1898 by architect Ludwig Hoffmann to supply the then rapidly growing district of Prenzlauer Berg with public institutions. In 1986 it was forced to close and remained so until 2012 when extensive renovations began. In January 2016, the Hotel Oderberger Berlin was opened. The pool area is currently used exclusively used as an event location, but on October 17th, 2016 the swimming pool will be opened for the first time in 30 years. The historic swimming hall is an extravagant event location for galas, concerts and foto shoots.

We have a limited reserved room block at the Event Hotel. To book your room, please get in touch with Eva Berner, Group Director Operations:

Please note, that the room block is limited and is offered on first come, first served basis.

The Lufthansa Group offers a comprehensive global route network linking major cities around the world. To make a reservation, please click on www.lufthansa.com/event-booking_en and enter the access code DEZZNGN in the "Access to Your Special Lufthansa Offer" area. This will open an online booking platform that will automatically calculate the discount offered or provide you with an even better offer if another promotional fare is available.

NOTE: Pop-ups must be enabled otherwise the booking platform window will not open.

These promotional fares are also available through your IATA / ARC travel agent. Travel agents can obtain ticketing instructions by sending an email to Please enable Javascript and providing the access code as a reference.

The Enterprise Business Collaboration 2017 operations team is at your disposal to help you plan your trip to Berlin. If you cannot find the information you need or need support with your travel and event logistics, please contact:

If you want to act as a we.CONECT Business Partner, please contact:

For general questions about the conference programme and how to become a speaker, please contact:

For our different Marketing or Media Partnership opportunities, please contact: 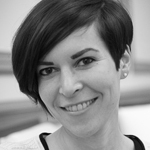